Before answering How Many Emirates in UAE ? or : what are the 7 emirates in UAE ? Lets first emphasize on the fact that There are several reasons for the fame of United Arab Emirates globally, mainly because of its development in many aspects, especially on urban development. UAE has excellent relations with most of the world countries and has become a commercial centre and tourist target.

The United Arab Emirates, which is simply known as  “the Emirates” or the “UAE” is a state located in the South-East end of the Arabian Gulf, land bordering Oman and Saudi, and sharing sea borders with Iran-also known as officially the Islamic Republic of Iran-,Qatar and Pakistan.

How Many Emirates in UAE ?

The United Arab Emirates consist of a federation of Seven Emirates -7- similar to provinces. Every Emirate is ruled by a hereditary prince called “Emir” or “Amir” in Arabic. All 7 princes together build-up the Federal Supreme Council which is  is the highest legislative and government body within the country. This council Elect and select one of these 7 princes (emirs) to be the President of the United Arab Emirates.

What Are The Seven Emirates ?

The UAE’s Seven Emirates are :

The capital city of the united Arab emirates is Abu Dhabi, which with Dubai are considered to be the centres of the mercantile, educational ,cultural and tourism in the country.
The religion of Islam is the official religion of the Seven Emirates, and the official language is Arabic.

Since the discovery of oil in the emirate of Abu Dhabi and the beginning of exporting it , a kind of transformation happened. The emirate rulers invested and still a lot in the development of the Emirates healthcare, education and infrastructure systems.

Its most populous city of Dubai  which is located in the Emirate of Dubai is known and recognized world wide as global city and a trade and commercial gateway for the MENA region. 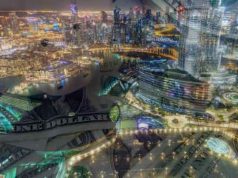 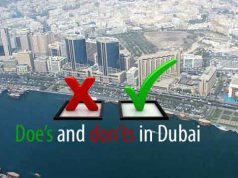 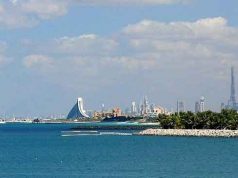